...and I liked them! And if you've known me since the days when I was a fussy eater you'll know that was a big deal.

Anyway, we're having a lovely time. We're doing a lot of eating and drinking and bicycling to burn it off. My French is quickly improving, and Rich's is no longer nonexistant. Everyone has also been very nice to
us - there aren't a whole lot of other North American tourists here right now.

This will be a pretty bare bones description with no pictures because its been a packed few days and I'm having trouble typing on Rich's XO keyboard. We spent our first three days in Paris. We got in on Sunday at
the crack of dawn and were intent on staying up until after sunset, which is 8:45 pm here. While, we were sucessful, our souls didn't really start catching up until some time Tuesday. Since this is Rich's
first time here, we focused on catching him up on the must-sees such as the Notre Dame tower, the Louvre and Musee d'Orsay. We had made a reservation at a fancy restaurant that specializes in cuisine from
Gascony, since that's a region we won't be visiting this trip. I'm glad we waited until Tuesday since that was the first day we could have enjoyed it. We also biked around Paris via Velib, the "free" municipal
bike system that we'd been looking forward to. I'm sure Rich will have more to say about that later.

Yesterday we took the train to Beaune via Dijon where we had lunch. This is in the Burgundy region. We're currently on a self-guided bike tour based in Beaune. We rode 45km today to Nuit-St-Georges where we'll be
staying tomorrow as well. Today's ride was through fields of blooming canola and tiny villages. Tomorrow's ride takes us up to Gevrey Chambertin and the Cotes-de-Nuits vineyards. We're fuelling ourselves
with wine, cheese and coffee, and large quantities of meat in rich, winey sauces. If the French eat small portions, I haven't seen them yet.

Anyway, in sum, we're having a good time and we'll post more later.
Posted by Lorien at 2:22 PM 1 comments

It's way too late and I need to get to bed b/c we leave early tomorrow morning for France and Belgium.

I'm posting this because I've been lax in captioning and summarizing and putting up a link to our Yosemite pictures. We went on the first weekend of Spring. Spent Saturday cross country skiing. Saturday night it snowed. About a foot and a half up at the elevation we were staying, but a few inches even made their way down into Yosemite Valley -- where I had never been, always fearing the crowds. Sunday was gorgeous -- we spent the time just driving around from place to place, doing small hikes around waterfalls, and taking pictures.

I will do a better job one of these days in the hopefully not too distant future, but for now the pictures are up (and somewhat edited) at http://richandlorien.org/pictures/2009-03-Yosemite/index.html. (No link from the main page yet.) There's a bunch that we like, but our favorite is http://richandlorien.org/pictures/2009-03-Yosemite/html-large/dscn4998.html.

Au revoir, tomorrow in Paris.
Posted by dingdingwikki at 1:21 AM 1 comments 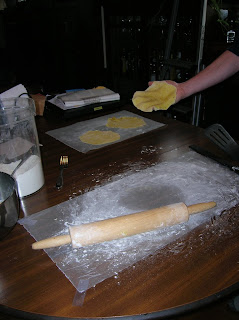 We upheld tradition and had a very small seder tonite, for the second night of Passover. Lorien and myself, plus we invited one other person over (Leah). We tried to keep it somewhat low key, unlike the massive Penthouse seder from a few years back. 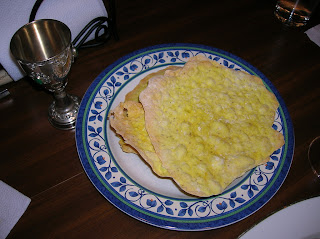 But we did get a bit adventurous on the food. The majority of the dishes were experiments, trying things for the first time -- from the lamb shank (if you need one for the seder plate, why not try serving it as the main course?) to the homemade matzo (Lorien is overjoyed that she now knows what her grandmother served with chicken soup), to the horseradish. I suppose I've made the charoseth before, but even that I experimented with a bit. And I'm intrigued that the American version isn't the last word in charoseth -- I didn't have the chance to try other variants, but maybe next time... 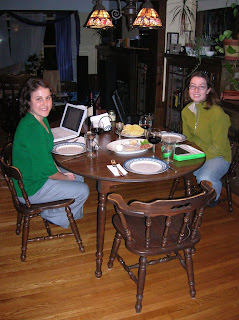 It felt a bit wasteful to print out entire haggadahs for what was a fairly abbreviated seder, so we went all high tech and just each used a laptop to read from a pdf. 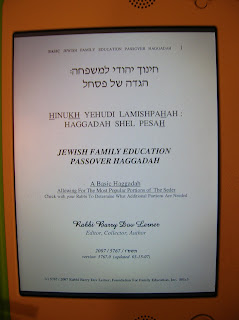 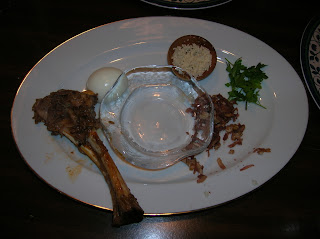 Posted by dingdingwikki at 12:51 AM 4 comments 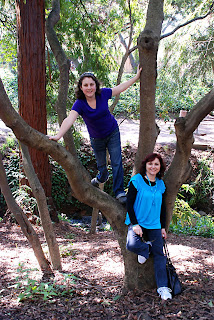 Here are some of the people pictures from my parents visit. Here's my mother and me (in a tree) at Live Oak Park in Berkeley. Next is Rich and I with wine-stained teeth in a wildflower-filled vineyard in Dry Creek Valley, Sonoma. Then Rich, me and Mummy at the eastern tip of point Reyes. Then finally, my mother and father (in a rare photographic appearance) at the top of Mt. Diablo near Walnut Creek. Oh yeah, and Dirk the cat being photogenic. 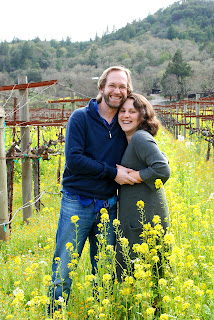 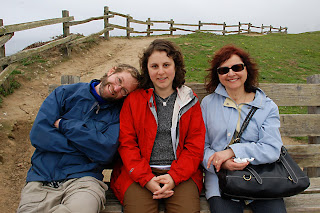 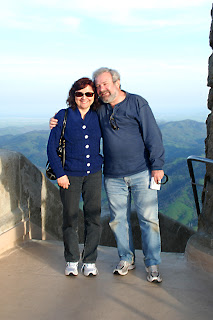 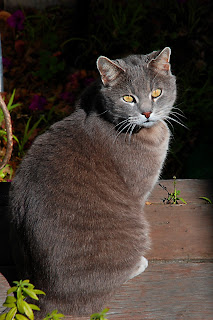