My parent's beloved cat Lego died yesterday after being ill for several months. Although it was too short, Lego lived a full life and truly achieved the pinnacle of pampered cat-ness. I'm certain that he's in kitty heaven now, taking naps and making trouble. He will be missed.
Posted by Lorien at 4:42 PM 2 comments I thought I'd post before the year rollover gets too far in the past. Happy new year to our readership, and may your 2009 be sweet and joyful. We're planning on traveling more this year, compared to 2008, with trips back east and to Europe on the agenda. 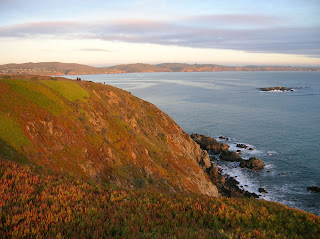 Rich and I spent the new year at Bodega Bay, a small town on the coast a little north of SF, with a group of friends from our 2005 Burning Man camp, Winking Lotus. We rented a couple of houses overlooking the ocean. The first picture is the group setting of on a walk down to the beach on New Years morning. We also did a sunset hike around Bodega Head, which is where the next two were taken. More photos can be found at http://richandlorien.org/pictures/2009-01-Bodega-Bay/ 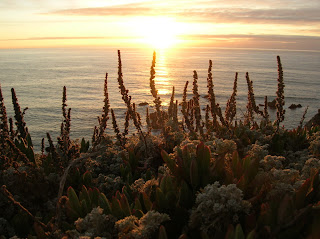