Actually, they were, but now they're wandering the desert states. And no one really calls it "Frisco" but otherwise it doesn't work as an alliteration.

Nevertheless, my parents were here and now they're continuing their vacation in the great desert national parks. While they were here, we hung out in Berkeley, and explored the paths in the hills, went to Sonoma wine country, went tidepooling in Marin, hiking in Point Reyes and driving to the top of Mt. Diablo near Walnut Creek. The weather was, ahem, changeable, but that's the tradeoff for early spring when things are green, the wildflowers are going crazy in Sonoma, and there are elephant seal pups on the beach at Point Reyes.

I generally consider it futile to take pictures when my father's around, so I don't have any to post yet. When they get back to Toronto, my father promised to send some pics for me to post, so stay tuned...
Posted by Lorien at 9:12 AM 0 comments

Checkin from the mothership 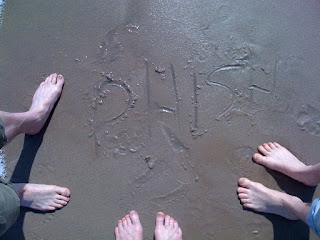 Still at Phish, still having fun. Last night's show was good as well. 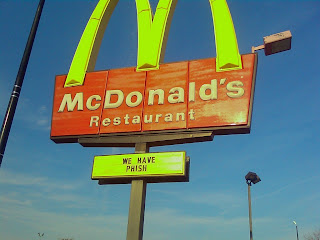 We had time to kill during the day and wandered around Virginia Beach a bit. Nice that it's warm here, just a few days ago I think it was below freezing. 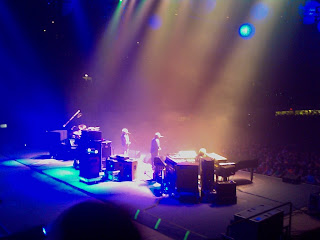 I decided not to bother trying to find a Sunday night ticket, and I'm leaving soon for the airport on my original flight. Jeff and Jared are heading to tonite's show, which is the last of the run.
Posted by dingdingwikki at 9:24 AM 0 comments

On the road again 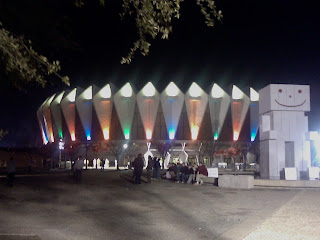 Immediately after my last post, I came down with a pretty nasty cold or flu or something, which I'm just finally almost but not quite entirely recovered from. And now I once again find myself on the road again...

Back in August 2004, I endured a pretty miserable experience at what was supposed to be Phish's last shows (following the torrential rain and mud soaked fields that caused too long of a backup of cars, we were part of the 10s of thousands that abandoned our cars to walk to the show). Oh yeah, and they were pretty mediocre shows. And at the time I said that Phish better not pull some lame oh we're getting back together a few years down the road, and that I certainly wouldn't be flying cross country for them.

Fast forward to March 2009, and here I am, in Hampton, VA, last night was the first set of a three night run. (I'm just going to Fri and Sat b/c we have 2 tickets for each of 3 nights, but 3 people to split them between. Although I could probably find a Sunday xtra if I really wanted to stay another day.) I may have been a little bitter before, but I think I've forgiven them -- it was a pretty damn good show last night.

And it amazes me how much technology has progressed -- no more tape trees and waiting for the mail... Courtesy of the band, we have already downloaded 256k mp3s of last night's show (copied to 2 laptops and an iphone already) and are listening to it right now on the computer I'm typing on.

Yes, I realize that most of you out there probably think I'm crazy.

- Rich
Posted by dingdingwikki at 7:54 AM 0 comments